So I’m back. Back blogging. Back in the US, San Francisco in fact  at Oracle Open World 2013.  I have been really busy with EMC Ask the Expert following the recent EMC #emcspeedtolead campaign introducing VNX2 and announcing the GA of VIPR, the software defined data solution.

In any event, here I am in the City by the the bay with my com-padre in all #EMCElect Mr. Matt Brender. The sheer size and dynamic of Oracle Open World, henceforth (at least this time round) know as #oow13. Matt and I are talking our time in hitting our stride with EMC Elect today. We’re socializing, brainstorming and doing EMC TV stuff as well as amplifying the message via #EMCElect and on the ECN in the EMC Elect space.

The EMC booth was busy today, really busy.  This was just the booth prep.  and here we have a shot of Mr Brender briefing the extensive EMC team on EMC Elect and social engagement.

It was good to get an opportunity to give the briefing, as with so much going on and the sheer size of the conference with well over 50,000 attendees, amplifying #EMC Elect is going to be a challenge. But it is one we accept all too willingly.

And so Matt and I have been dividing the work between us of conquering Oracle Open World, not to be a conqueror but to amplify the Community we have been entrusted to represent.

While only 4 EMC Elect members are present this year, we are still  including those online. I created a thread in the EMC Elect Private area inviting members of the Elect to pose questions to the Technical hosts from EMC who would be appearing on EMC TV.

As well as that we are encouraging future EMC Elect members to declare themselves to us in person to get a ticket to our customer appreciation event tomorrow.

Hey #oow13, find @DathBrun or me, say "I am a future #EMCElect." First 5 to do so win a coveted pass to Cloudfest! pic.twitter.com/cFdtVvjS0A

And the booth just continued to be busy. I shot through at 4pm in order to do some backlog work on Ask the Expert and catch up with the work I left behind. I have been in the US for over a week already. You know the trouble with success, is that success brings more work and pressure. And it’s exacerbated being away from home and family. But it’s fulfilling too, bringing attention to the vibrant and magnificent community of the EMC Elect.

Tomorrow starts early.  Joe Tucci and Jerremy Burton will be giving an early keynote, which will prove to be awesome. And the #EMCElect shall be stirring up some interest indeed. And our customer appreciation event will certainly be the envy of all others. More to come. And yes I will be keeping my promise this time. It’s a series of blogs on #oow13.

Oh yes here are some awesome shots of our booth.

It’s finally here and so am I. When I mean here I mean Las Vegas. And the EMC Elect are marching towards Vegas with a fantastic agenda that will really show the awesome power of our Community. 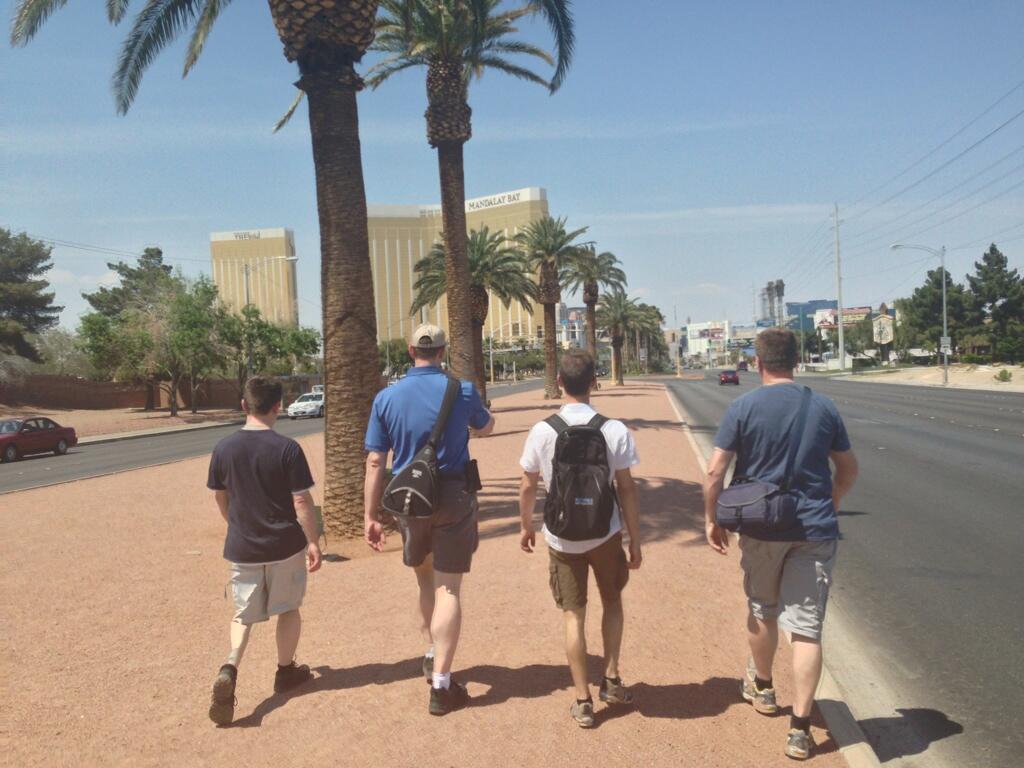 In addition to highlighting the  EMC Elect we will also be highlightingthe EMC Ask the Expert.

Here is the planned Agenda we have around that:

First we our live from EMC World Events:

Ask the Expert Tweetchat: How can VMAX Cloud Edition be used to positively affect a customer’s business

We’ll also be recording a video wrap up of this discussion:

In addition we’ll have some exciting news around software defined storage.

This will be an amazing conference and you should attend either in person or virtually.

If you are doing it virtually check out the EMC WORLD vPass. Your virtual guide to EMC World 2013

I will be blogging, tweeting and possibly even be seen on EMC TV and Google +.  Now I have to run, I’m late for an exciting #EMCElect event. Follw that on twitter for a fantastic social buzz.

I wanted to talk about the EMC Support organization. Not just my end of the Support Forums, but the whole Support organization in EMC. Before I go on, I must disclose that  I come from this organization in that I once was Support Engineer in EMC. Customer Support has been my career over the last 15 years in a number of multinationals.
Support is considered a dirty word, isn’t it? It’s true, who enjoys calling up for Support on their products, regardless of what they are. From a mobile phone to washing machines no one likes doing it. But someone has to 🙂

EMC Support is award winning. We have achieved numerous SSPA awards.  Now I could talk about our great tools our focus on Total Customer experience or Live Chat, etc. But we all know that tools are just that, tools! It’s the people who do Support that lead to these awards. And yet Sales and Marketing only seem to laud Support Services when they win awards. The fact is EMC’s Support Services excellence is completely down to the Service Personnel behind it. These people have the most intimate relationships with our customers because they are there to help customers in pain, solving problems. Support is there, 7 X 24, 365 days a year. Support People are there long after Sales and Marketing have moved on to other potential customers. And I know I ‘m biased but the Support People in EMC are dedicated, excellent and second to none. They get very little kudos in EMC for what they do. These people are the brand differentiators for EMC in my view. These people hold up the brand of our Service Support. So I wanted to show them a little appreciation.  (Very Subtle I know 😉 )

These day’s don’t you think  that Twitter is oversubscribed for Marketing? I certainly do. I would like to see more from Support people and organizations. But Still, things like this EMC engineer’s work @sthulin (and yes he is a friend of mine) give me encouragement about Support engagement socially. Check out his latest blog post in relation to EMC’s Celerra and MAC OS X 10.7.

This work is licensed under a Creative Commons Attribution-ShareAlike 3.0 Unported License.

All the Unicorns, One Location

Community and innovation simmering with infrastructure, virtualization, and cloud

I Tech, Therefore I Am

All the Unicorns, One Location

Community and innovation simmering with infrastructure, virtualization, and cloud

I Tech, Therefore I Am